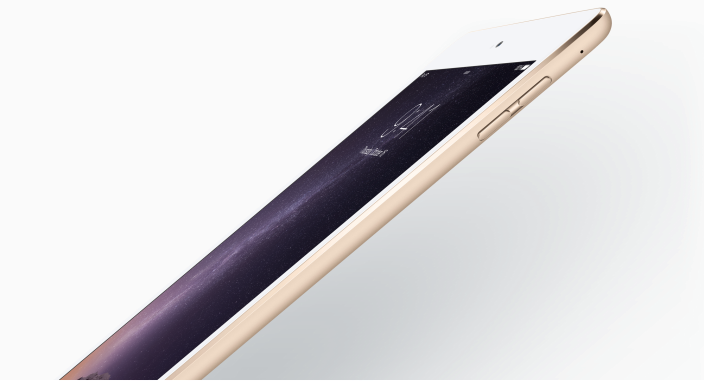 For that matter, do you need a tablet at all? If you’re at all like me, you’re already swimming in computers, from a desktop to a laptop to a smartphone to an e-reader. Where does the iPad fit in that world? And even if you’re not like me and have only a couple of machines, you may still be confused by the choice between an iPad and, say, a light and powerful laptop or a large smartphone.

For all types of device users, then, the iPad presents a quandary. Are Apple’s premium tablets still worth their lofty prices?

After using the iPad Air 2 for the last few days, my answer is: Yes, with reservations. Whether you should take a leap on Apple’s new Air depends entirely on how you use your other devices. If you’re not a big fan of personal computers and you don’t really like having your nose stuck in your phone all day, the iPad Air 2 might be for you. The iPad Air 2 is powerful enough to use as your main or secondary computer, after your phone, especially if you use your tablet as a replacement PC on the go, and if you’re looking to play processor-intensive games or run media-editing software.

[quote_box_center]The Air 2 has a vibrant, sharp display that looks almost painted on. Apple says the new antireflective coating on the Air 2 reduces glare by 56 percent, but I didn’t really notice it making a huge difference; you definitely can’t use it in bright sunlight. […]

Inside the iPad Air 2 lies Apple’s new A8X chip, which is a variant of the A8 found in the iPhone 6 and 6 Plus with additional graphics capabilities. It’s ridiculously fast — noticeably faster to load web pages and launch apps than my iPad Air, and it has so much graphics headroom that I’m eager to see how game developers take advantage of it.[/quote_box_center]

[quote_box_center]Its surge forward in speed and the convenience of the refined form-factor and Touch ID leaves the iPad Air 2 feeling like the true iPad for power users.[/quote_box_center]

[quote_box_center]The 6.1 mm chassis just makes all the difference when it comes to the Air feeling like something that you could comfortably hold for long periods of time, and even for all-day computing, should you need it (and it’s easy to imagine an event coordinator, for instance, needing exactly that).

Our review unit came in Apple’s gold finish, and let me just say that on the iPad, that means there’s a lot of gold going on. Apple’s take on this particular metal color is better than most, but this definitely isn’t my favourite finish. The Air 2 in either space grey or silver still looks fantastic however, and the gold is definitely going to stand out in a crowd, especially if you’re also using the iPad as a camera.[/quote_box_center]

I will continue using both iPads because they both have a place in my lifestyle and workflow. At the end of the day, I still use the iPad Air for the larger screen, while I use the iPad mini when I go out for a coffee and need to be a bit more portable. That’s not going to change any time soon.

The iPad created and made popular a market for powerful, portable tablets. The latest updates, along with iOS 8.1 and the App Store ecosystem, only solidifies Apple’s position as the No. 1 tablet-maker in the world.

[quote_box_center]So when Apple brought out new iPads last week, and I had a chance to test them over the past four days, you might think I’d be pretty excited about them — but I’m not. They are, in most respects, the best iPads ever made. But for average users, they represent only a modest evolutionary improvement over last year’s models, not the kind of big change that the first iPad Air or the Retina display iPad mini did last year. […]

The Air 2 didn’t allow me to hold or carry the tablet longer and more comfortably than the Air. Its weight of 0.96 pounds isn’t discernibly lighter than the Air’s weight of one pound. And its thickness of 0.24 inches is a barely noticeable reduction from the Air’s 0.29 inches.[/quote_box_center]

[quote_box_center]A thinner profile comes at the expense of battery size. The new Air’s is 5.1Whr smaller than the old one, but Apple still promises that you’ll get the same 10-hour battery life because the A8X is more power-efficient. Real-life use shows that the original Air still rules the roost; after a day of heavy use, I typically went to bed with around 20 percent left in the tank. If you’re only using it moderately — say, for casual content creation or consumption — you should get a little over two days. In our video test, in which an HD movie plays through the life of the battery, the Air 2 squeezed out 11 hours and 15 minutes, significantly lower than last year’s Air and about an hour short of the Samsung Tab S. […][/quote_box_center] 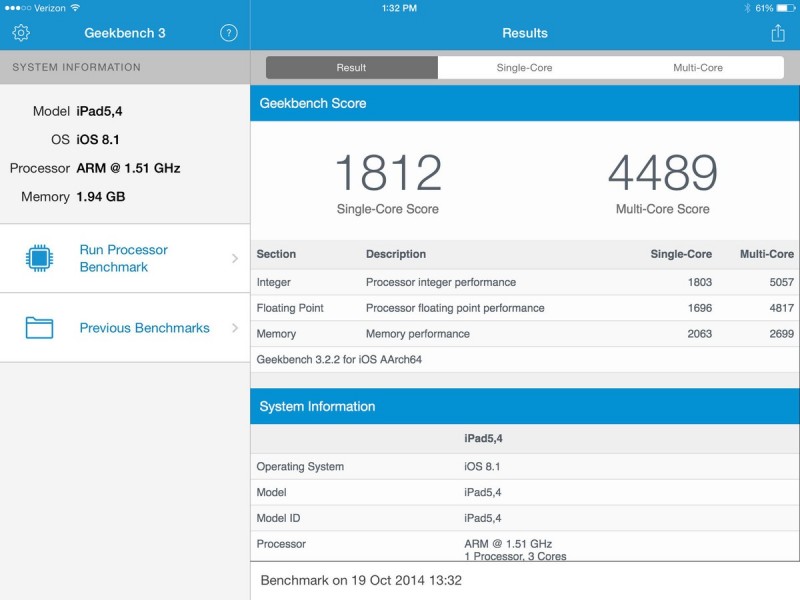 [quote_box_center]To get an anecdotal sense of the performance, I installed a pair of console-level games: Asphalt 8 Airborne and Modern Combat 5: Blackout. Each of these games is notable for rich imagery and physics including smoke, water, rain, and reflections. The games looked and worked great on the original iPad Air and worked just as well — if not better — on the iPad Air 2. [/quote_box_center]

[quote_box_center]The weirdest fact about the iPad Air 2 is that Apple isn’t publicizing (or even acknowledging) one of its best new features. The tablet now has 2GB of RAM, up from the rather cramped 1GB allotment in the original iPad Air. (Some competitors, like the Galaxy Tab 10.1, have even more.)

Doubling the RAM means that the iPad can keep more apps and browser tabs in memory without having to reload anything. That results in a speed boost which which is very apparent as you hop between apps and load new web pages.[/quote_box_center]

[quote_box_center]That anti-reflective screen also makes a great, though admittedly ginormous, viewfinder for snapping nature shots with the revamped 8-megapixel camera. It takes much crisper shots than before, and in many cases, ones as good as those I can take with my iPhone 6. But I won’t bring my iPad to some mountain peak, as some Apple promo shots suggest.

Besides, when I set the iPad Air 2 down for a second on a bench, it slid off and hit concrete, shattering the screen. Sure, I’m to blame, but if Apple wants me to climb every mountain armed with nothing but an iPad, ruggedness should be as important as anti-reflectivity.[/quote_box_center]

[quote_box_center]So it’s not so much that I’m disappointed in the iPad mini 3, it’s more that I’m disappointed with the state of the small tablet in general — there’s simply no top-tier device if you want the smaller size. This iPad mini might be the best option, but “best option” for 7-inch tablets turns out to be faint praise.[/quote_box_center]

[quote_box_center]If you want the latest and the greatest, however, and all the options that Touch ID does and will eventually bring, and you’re okay with spending a bit more for the privilege, the iPad mini 3 is still the best small slate available, even without significant engineering investment from Apple this year – but you have to really value the ‘small’ aspect of that to make it worth it. The iPad Air 2 is the best all around tablet, however, and a much better choice for those looking to be at the technological forefront of this market.[/quote_box_center]

[quote_box_center]That said, I’m not sure where the mini 3 fits into Apple’s strategy. Since the only hardware improvement to the new slate is Touch ID, the mini lineup is no longer on par with the Airs; it’s now a second-class tablet citizen. I love Touch ID, and I favor the screen size of the mini, but it’s not worth paying an extra $100 for Apple’s fingerprint sensor unless you use a ton of passwords or want to make a lot of online Apple Pay purchases. It’s still a great performer, but I can’t help but wonder if the mini lineup can remain relevant at its price point — especially now that 5.5-inch iPhones are even more portable and still offer a large screen.[/quote_box_center] 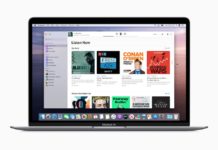 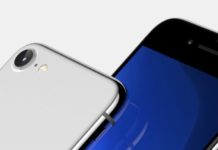 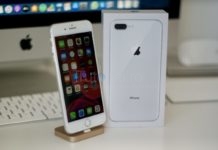 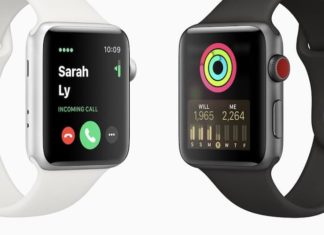 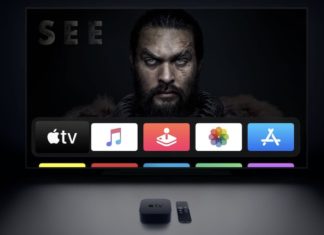 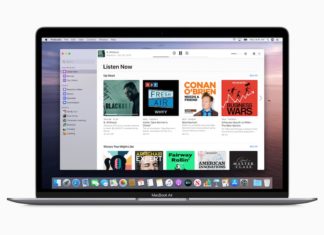 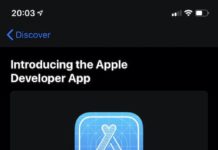 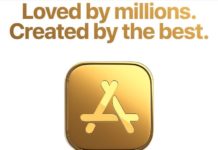 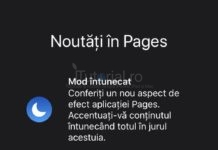 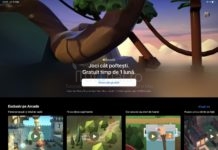 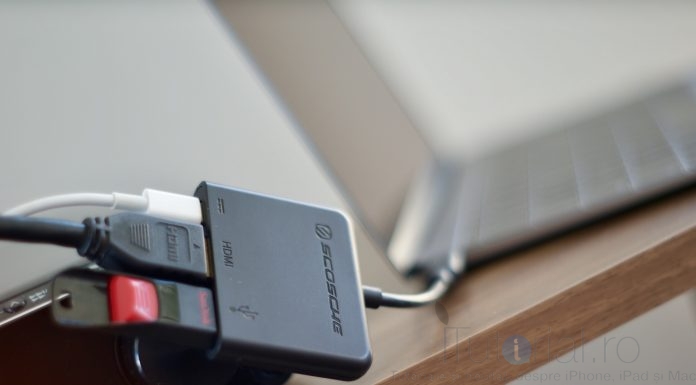